Do What You Love

Matthew Achak
No Comments on Do What You Love
Share this article: 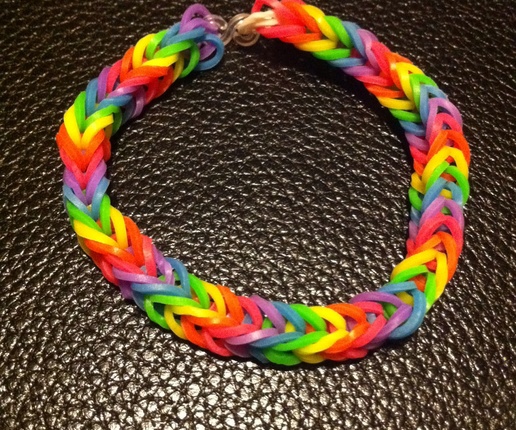 My 8 year son loves to make fishtail loom bracelets. If you have younger children, you know exactly what I am referring to. These loom kits are everywhere and the bracelets and rings they produce are incredibly popular with primary school age kids right now.

Every morning, prior to leaving for school, Henry sits quietly in our playroom and builds these intricate bracelets on his loom using small colored rubber bands. The loom itself is a rectangular white board with pegs which hold the bands in place while he weaves them together in a fishtail pattern. It’s fascinating to watch him silently work, creating something out of nothing. His favorite ones, of course, he builds with Seahawk green and blue.

The other day he asked my opinion about whether or not he should start selling them on a stand out in front of our house. I thought it was a pretty good idea and I also thought it would be an excellent opportunity for him to learn more about building a business.

We talked for a bit about how much he was considering selling each bracelet for. He started throwing out numbers ranging anywhere from $0.05 to $1.00. One minute they would be really cheap (‘cause kids don’t have a lot of money, Dad), the next they would be 3 times as much (these take me a lot of time to make, especially if someone has a big wrist or wants a custom one). I decided that what we needed was a hypothetical income statement for his potential loom business.

It was fairly straightforward and even my 5 year old was fascinated watching us crunch numbers, trying to find the best price points for everything. We didn’t want to charge too much so kids could afford them, but we had to make it profitable so he could continue making bracelets.

I then realized that we had not discussed what his labor costs should be. He didn’t seem to understand the idea and I explained that not only did he have product or inventory costs (the loom, bands and clips) but he also should calculate what his labor or time was worth to build each bracelet. This would then give us a true understanding of what his total overall costs, and thus net income, might potentially look like assuming a variety of price points.

The concept really confused him. He couldn’t seem to grasp the idea that people actually charged others for the time they worked on something.

After walking him through the idea that it took a certain amount of time to build each one, and that while he was working on one he couldn’t really do anything else, I sketched out a few basic labor rate examples for him to consider and plugged them into our profit and loss statement.

Henry looked it over but seemed rather dubious about the whole thing.

He finally explained that since he really enjoyed making fishtail loom bracelets, it didn’t really count as work, therefore it wouldn’t be right to charge for his time.

I had to smile because at only 8 years old he had found one of the secrets of success: Do what you love and it will never seem like work.