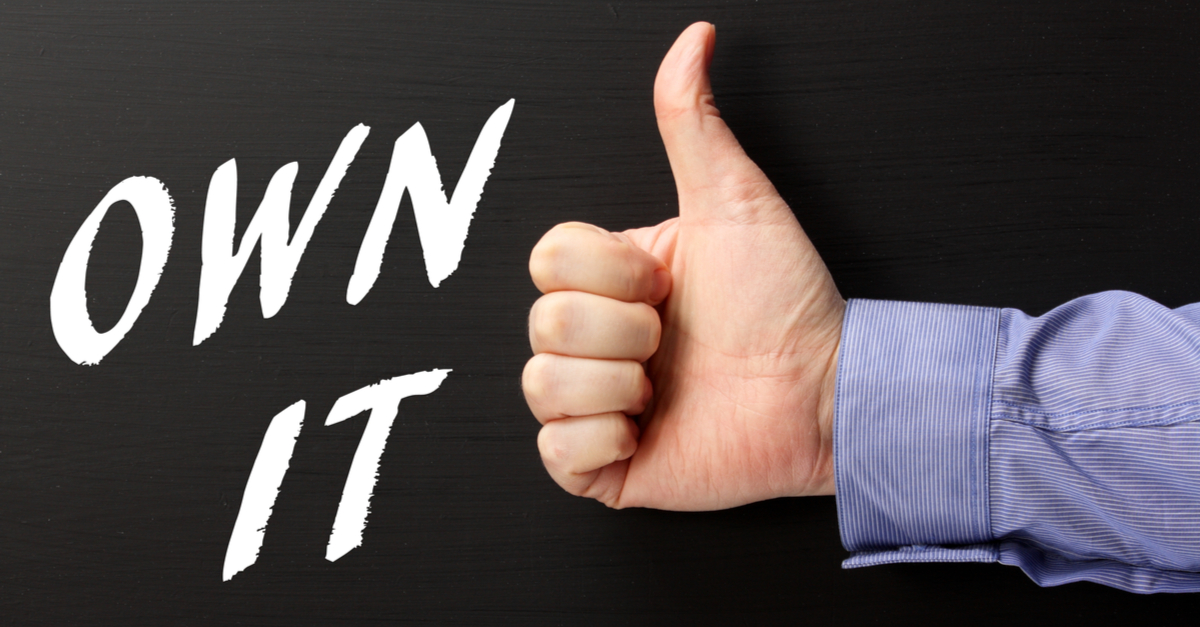 I was driving home the other day and watched one car rear end another about fifty yards ahead of me. As I pulled up next to them, I witnessed the first car pulling off to the shoulder while the second car drove off. A hit and run unfolded before my very eyes and I was driving next to a felon. Not sure what to do, I honked at the guy and then proceeded to take pictures of his license plate. I then called 911 and reported what I saw.

As I left that scene I found myself asking, “Who does something like this? Who knowingly makes a mistake and then runs away, leaving others to pick up the pieces?”

Taking responsibility for my actions

A handful of years ago I caused a car accident. Without getting into detail, I didn’t collide with any other cars, but my actions led to another car getting rear ended. I also wasn’t injured but folks in the other two cars were – thankfully not seriously. Once it was safe to do so, I got out of my car to check on the other people and got an earful from a few hurt, scared, and shocked individuals. Nothing about that experience was enjoyable. Regardless, I stayed and spoke to the police as they worked to sort out the mess. It was the responsible thing to do.

Teaching my kids to take responsibility

Parenting my kids continues to be quite an adventure. One duty and mission I’m coming to accept as a parent is the importance of getting my kids to own their stuff (you might insert another word). If I can impart that lesson on my children early, I’m convinced they’ll be so much better for it later in life. My hope is that my kids won’t grow up to be the type of people that run from the scene of an accident, but instead take responsibility for their actions and consider the needs and feelings of others.

To give you a parenting example, when I walk into my son’s room and ask him why it’s an absolute mess, his first inclination is to blame any number of things – the dog, his brothers, lack of time, not enough sleep, The Man, you name it. My goal is to get him to a point where he says, “I’m sorry, Dad. I know it’s a mess and it’s ultimately my responsibility. I’ll get it cleaned up.” This is a work in progress.

Taking responsibility for the customer

Let’s apply this to customer service. Early in my career, my go to was to get defensive. When they’d lash out because of a problem, I’d take it personally and lash back with excuses and the occasional passive aggressive insult. That resulted in one of three things. They’d either immediately ask for my manager, or they’d stay with me and the call would get a whole lot longer (always fun at the end of a shift), or they’d cancel their service and tell who knows how many people not to do business with us.

Whether we’re talking parenting, customer service, or life, there’s a better way. Here are three qualities that will serve you well:

Doing the right thing and taking responsibility always requires discipline and gets better with practice, but I’m not sure I’ll ever call it easy. I’m not sure if this resonates with you but it’s something I’m working on personally and working to instill in my kids. All people make mistakes and will continue to do so. If we can humbly take ownership of our mistakes and keep moving forward we’re on the right track.

Leave a Reply to Own Your Stuff! - Customer Service Life Cancel reply