FCR, the premier provider of outsourced live agent call center and business process solutions, announced today that Jeremy Watkin, Head of Quality for the company, has been selected as one of the Top 100 Customer Success Influencers by San Diego-based company Mindtouch, Inc. 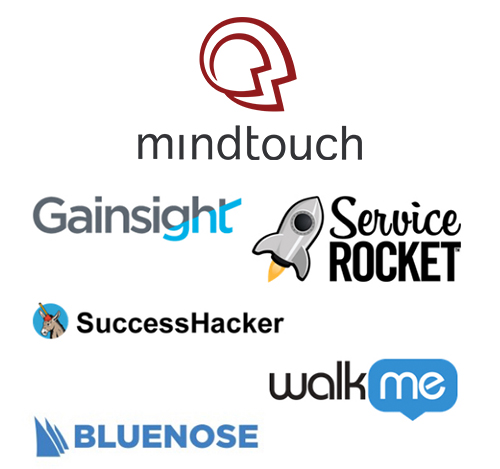 This is the second year Mindtouch has released their list of Top 100 Customer Success Influencers. Mindtouch partnered with Gainsight, ServiceRocket, Bluenose, WalkMe, and SuccessHacker to compile the list of influencers. The Top 100 list was created as a guide for others to reach out and engage in discussions with people who care about the service industry.

Mindtouch and its expert partners used the Little Bird methodology and scoring system to map influencers and to surface people and content on social media related to customer success. The report was based on the keyword hashtag “#CustomerSuccess” which presented a dozen Twitter handles considered to be top influencers. From there a network map of influencers was built and ranked based on the number of other insiders following that person’s profile. This year’s Top 100 influencers also included respected leaders such as Marc Benioff, CEO at Salesforce, Jeff Weiner, CEO at LinkedIn, and Bill Quiseng, GM at Marriott.

This is Watkin’s second consecutive appearance in the Top 100 Customer Success Influencers list by Mindtouch. Previously Watkin has been honored as one of the 100 Most Influential Customer Service Twitter Accounts by CallCenter.co.uk; one of the Top 100 Most Social Customer Service Pros on Twitter by The Huffington Post; and as a Top 50 Contact Center Thought Leaders on Twitter by ICMI.

“It’s an incredible honor to be listed among some of the most influential voices in our industry,” said Watkin. “All of the industry leaders in this list have such different backgrounds and experiences, and it’s a pleasure to be able to share our learnings with each other – all with the goal of making the customer experience that much better.”

“Jeremy’s influence on our company has helped us continue to push FCR forward as one of the most respected providers in the outsourcing industry,” said Matthew Achak, President of FCR. “He’s helped FCR become a disrupter in the contact center industry by having a laser sharp focus on quality. It’s amazing to see how he not only influences our own internal colleagues, but others within the industry as well. We’re very proud of his accomplishments.”

Headquartered in Oregon, with facilities in Roseburg, Grants Pass, Coos Bay, Veneta, Eugene, and Independence, FCR has built a new class of high-quality, domestic-based contact center and business process outsourcing solutions. The company provides a wide range of outsourced call center and business process solutions to industries that include high tech, startups, mobile commerce, wireless, telecom, finance, insurance, e-commerce, healthcare, retail, travel and hospitality, and various sectors of the new economy. FCR currently supports more than 60 clients and employs over 1,600 colleagues across seven facilities. FCR is changing the face of the outsourcing industry, one call, email, instant message, text, and video conference at a time. To learn more about the company, visit www.gofcr.com for further information.

FCR, a TTEC company, is headquartered in Roseburg, Oregon, with domestic customer experience centers across the U.S. and international locations in Mexico, Poland, the Philippines, and India. FCR has built a new class of high-quality customer experience and business process outsourcing solutions for various industries and economic sectors. Founded in 2005, FCR is changing the face of the CX industry, one call, email, instant message, text, and video conference at a time. To learn more about the company, visit www.gofcr.com for further information.