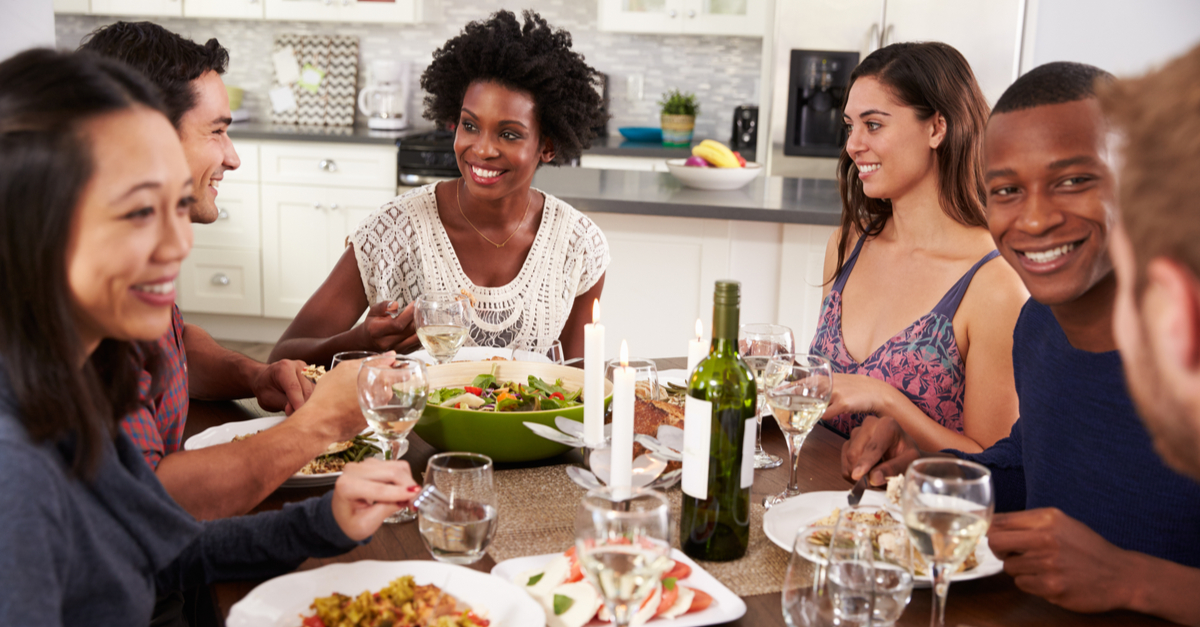 I have a confession. I love scrolling through the “Documentaries” genre on Netflix typically looking for some good historical and/or biographical entertainment. On a recent stroll I stumbled upon “The Bill Murray Stories: Life Lessons Learned from a Mythical Man.”

Prior to seeing the film, someone once told me a story they’d heard of Bill Murray bumping into someone in public and whispering something like, “No one will ever believe you.” This was done in a non creepy way, of course, to let them know that “Yes, I’m a celebrity and no one will believe I just spoke to you.” One might think these mere legends but the film is littered with stories of people where Bill Murray sat down with them at a bar or restaurant, played a sport with them at the park, or showed up at a house and ate dinner with a family.

One of my favorites was when a band showed up to play a party at a house and Bill Murray helped them carry sound gear from the car to the venue, helped them set up, and even jammed with them. Could you even imagine that happening to you? For dozens of people that’s a lasting memory — a random fact they’ll likely share liberally with friends and acquaintances for the rest of their lives.

As I watched I had to fight the urge to wish that I could be just like Bill and make friends with perfect strangers. While it might sound exciting for a select few folks, I’m sure the vast majority of people are horrified at the thought of doing something like this. That being said, there are a few things we can learn from Bill Murray that can make all of us better people and customer service professionals, regardless of whatever Myers-Briggs has to say about our personalities.

1. Be present for the opportunity right in front of you

Like I said, it’s one thing to have the wherewithal to walk up to perfect strangers and become friends in a non-creepy way. Applied to customer service, imagine Bill Murray working the phones in your contact center. He wouldn’t be staring at the wallboard, dreading that call queue. He’d be totally immersed in the call he’s on in the present moment seeking to solve that problem and help the customer.

As a customer service professional and human, the times I get in the most trouble are when I overlook the person or need right in front of me and panic about the ones yet to come. In fact, I can remember my first phone. It was an old school Nortel phone and the only way to tell there were calls in queue was a blinking arrow on the display. It felt a bit like an episode of the Twilight Zone and drove me absolutely bonkers when that arrow would blink and I allowed that to detract from the service I provided on my current call. As a leader later on, especially during the busy times, I’d often tell my team:

“Don’t be a hero and try to clear the call queue single-handedly. Instead focus on doing your very best job on the call you’re handling right now and let your manager (me) focus on the queue.”

2. Be humble enough to relate to what’s (or who’s) right in front of you

Bill Murray is a celebrity who probably doesn’t have to work another day in his life if he doesn’t want to. What’s he doing mixing with us common folk? And yet he does. Sure he knows he’s successful and popular, and that might keep many people from relating to others in an intimate setting — like eating a meal with a family in their home. To even be open to such a variety of people and situations requires some level of humility and selflessness.

Applied to customer service, we often have a certain level of expertise about the product or service we represent and support and it’s so easy to forget that the customer on the other end of the line may not. Without a humble, open approach, we’re liable to talk right over the customer’s head and leave them feeling confused, unimportant, and no closer to a solution than they were when they called. Here’s what great customer service professionals do:

“Remember that you’re an expert. That’s why the customer contacted you. Use your people skills to quickly recognize the customer’s emotional state and skill level and adapt your approach to find the best and most efficient route to solving their problem.”

I don’t know Bill Murray at all but based on the pattern set forth in the movie, his behavior doesn’t reek of a hard and fast template or blueprint but more of a set of core values or principles he’s operating from. What I mean by this is that it doesn’t seem like his goal is to go eat dinner with a different family every week or say the same friendly greeting to everyone he encounters on the street. It appears more likely that he has a goal of using his influence to positively impact the lives of others. Within this goal, he has the freedom to respond to the needs and opportunities around him in unique and fresh ways.

In customer service, templates are good when they help us consistently convey an accurate message to customers. Where they fail us is when we cease to be original and tailor our approach specifically to each customer. That’s the sort of work computers are increasingly able to do. So here’s the challenge:

“You’re a human being capable of connecting with other humans like no computer will be able to. Use that power to make a difference in the lives of others in unique and creative ways.”

Sure Bill Murray is funny and smart and talented — but so are you. Being present, humble, and original may look very different for you than it does for him, and there’s nothing wrong with that. But let’s take our cue from Bill and use the influence we’ve been given to make a difference for those right in front of us this very moment.

What a great analogy and an entertaining way to present this topic! If we could all be a little bit more like Bill, we’d be blowing customers away left and right. BTW, love Bill Murray!