The Skill of an Empathetic Response 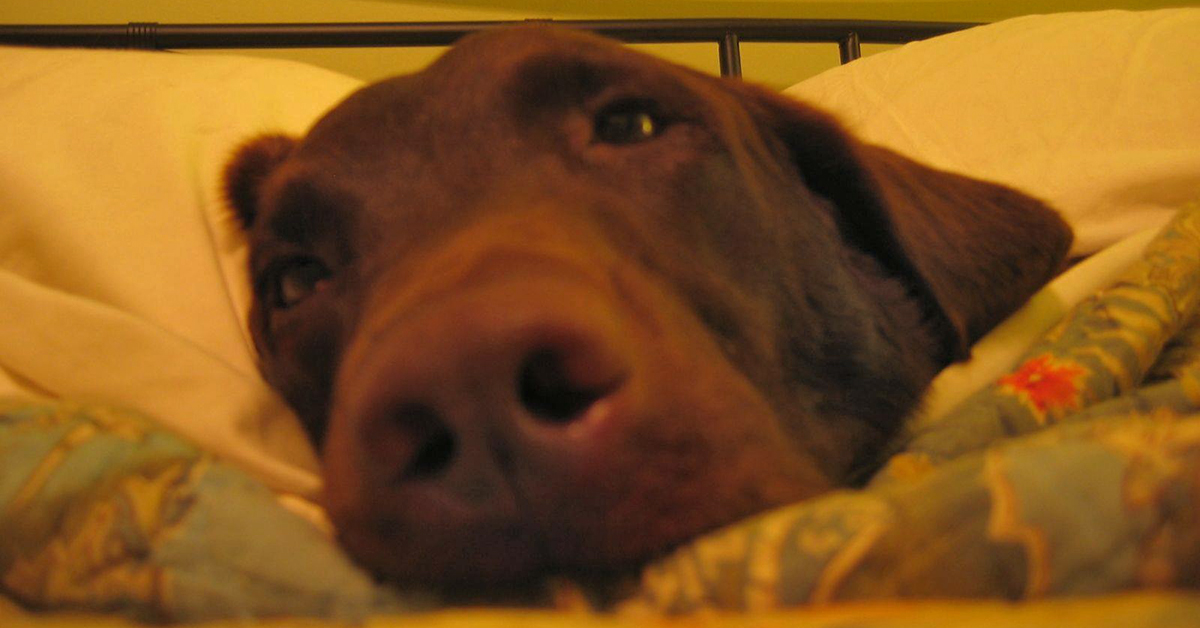 Chip was far from perfect but there was no better dog to mope around the house with on a rainy day.

I had to do something I’ve been dreading and avoiding for awhile. We decided after nine years with our rescued chocolate lab, Chip, that it was time to say goodbye. After a couple days of extra treats and a whole lot of love, we said goodbye as a family before I took the solo trip to the vet. Dad’s duty…I guess.

When you adopt a young pet, nothing can adequately prepare you for the end of their life. Chip had been blind for a few years but the recent bouts with arthritis and the need to go out multiple times a night were showing his age. Regardless, he was a member of the family, with us through thick and thin, and it’s really hard to say goodbye. So I was a bit of a mess off and on all day, but tried not to make a scene at the vet’s office (but I did).

Before I got home, my wife told my kids that I’d be sad. When I entered the house they mobbed me with a big hug and I responded by crying. This may come as a shock to some, but I’m not exactly a tough guy capable of bottling up my emotions. That being said, my kids haven’t really seen me cry a whole lot.

After the hug, my 8-year-old looked at my wife, put his arms in the air, and gave her a look that said, “I got nothin’. I’m not sure what else to do for this guy.” The hug apparently didn’t work!

Oh but the hug did work. Having my family together to grieve the loss of Chip made all of the difference. But it would be silly to think that a hug would instantly take away the pain I was feeling or make me any less emotional. Right?

If you’ll allow an awkward transition into customer service, I have a point to make here. That hug from my son is exactly what we’re trying to accomplish with empathy statements to our customers. The problem we so frequently run into is that the empathy statement is no more than a line item on a list of things we need to accomplish during a customer interaction.

Empathy doesn’t do well as a check box. It does a whole lot better as a skill, applied to the interaction as much or as little as the customer needs. Imagine if my kids had hugged me for exactly five seconds and then immediately said, “Ok Dad. Chip’s gone. Let’s get to work on finding a replacement dog for you.”

Now I’m not equating the loss of a loved one to a broken piece of technology or a lost shipment, but you can’t discount the emotional response to difficult circumstances. And different people handle adverse situations differently. Our differences are something that makes humanity beautiful, but also makes customer service interactions difficult to rate by checklist.

The reason the empathetic response from my kids worked for me wasn’t because of the hug itself — though I’ll take as many as I can get. It worked because they were there for me. They listened to me as I talked about the good times with Chip. We laughed together. We cried a little bit more. We worked through it together and are still working through it.

An empathetic response is more about what happens after the statement itself. It’s about the listening. It’s about the ownership of the issue. It’s about the partnering with them to solve the problem in such a way that they won’t have to call back again about that issue. And often, it’s about just being there for them even if there are no words to say. This kind of empathy is really difficult to quantify on a quality assurance form, but it’s this skill applied consistently to every customer interaction that makes great customer service professionals great.

To my colleagues, let’s keep wrestling with this one. Let’s not settle for token empathy statement. Let’s instead set our aim on an empathetic response — on being there for our customers — as much or as little they need. This makes a huge difference!

[…] post originally appeared on the FCR blog on December 22, 2016. Click here to read the original. Coincidentally, Jenny also had to say goodbye to her Miso recently and she […]